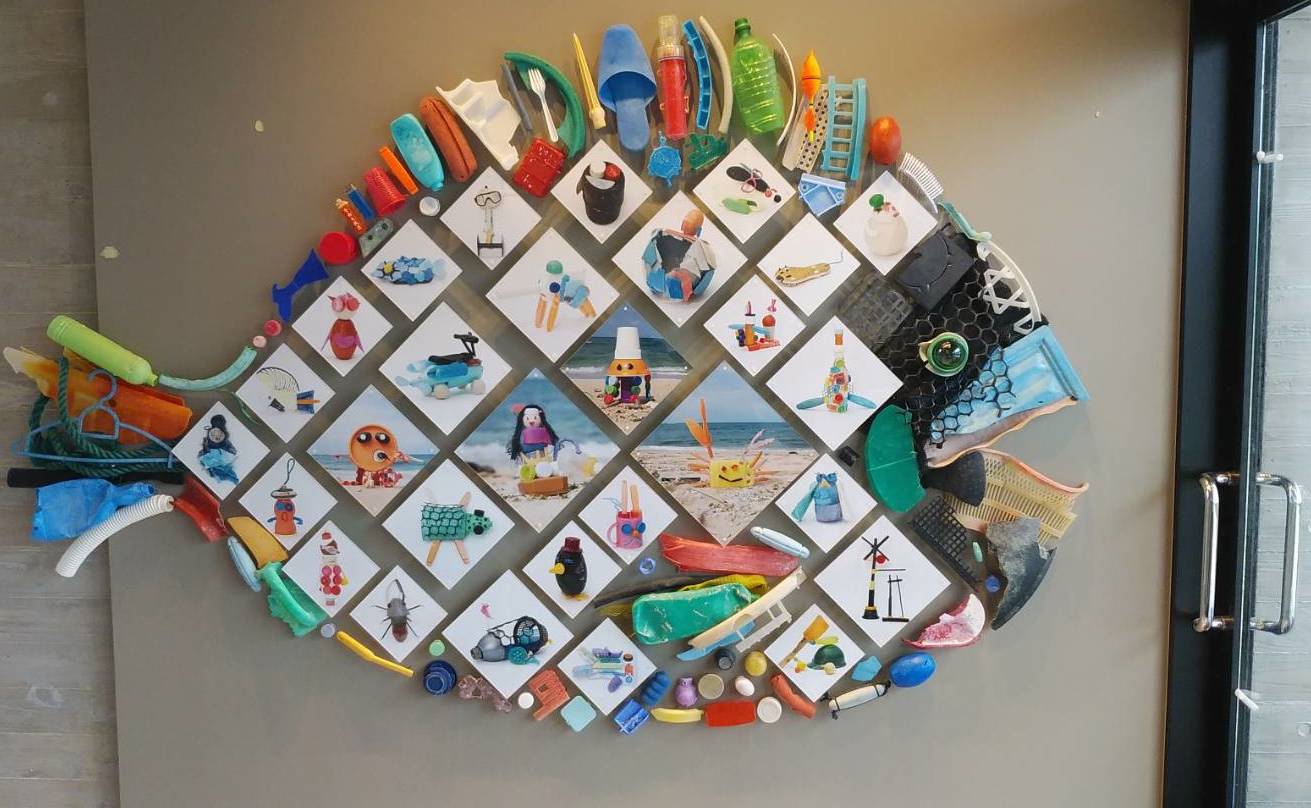 This artwork was produced under supervision of Yodogawa Technique, by using the plastic waste which baristas in Okinawa and local people collected together in beach clean-up activities.

Each photograph shows a small artwork created by elementary school students in Motobu-cho in ‘Gomijinaru Kosaku’ workshop hosted by Yodogawa Technique. The artist put together those photos and the plastic waste to depict a large fish, to express hopes to ‘preserve beautiful ocean always and forever.’