It was originally formed as an artist group between myself (Shibata) and my long time friend since school Kazuya Matsunaga in 2003 when I was asked to create some works by the Yodo River (Yodogawa) Festival.
I called Matsunaga to do it together with me.Then in order to exhibit the work we created together at GEISAI#5 ,an art festival organized by Takashi Murakami, we named us "Yodogawa Technique".

Since the birth of the art unit, I mainly took charge of getting ideas and working on concepts to create pieces, and Matsunaga collected garbage.Then we created art works together.
After 13 years of working on this style, we had a discussion about a year ago on the “future” Yodogawa Technique.
As a result, I had done all the activities of Yodogawa Technique including joining exhibitions, creating art works, giving workshops and so on by myself for the last 1 year.

Besides the activities above, I was invited by an organization in Egypt to supervise the local artists woking with garbage in the last summer.
At the end of 2016 I stayed at Yogyakarta in Indonesia for a month (Singapore for a short time as well) and found some new concepts.My recent visit to Art Basel in Hong Kong to observe “the commercial art” gave me lots of inspirations as well.
The last 1 year was actually really productive and fulfilling for me.

These experiences inspired me a lot and might even change my art style in the coming years.
I am still interested in the material “garbage” which is a quite meaningful material itself, however I will even work beyond that.

Matsunaga still is and will continue to be my good friend, however after a careful discussion between us, we have decided to renew Yodogawa Technique! 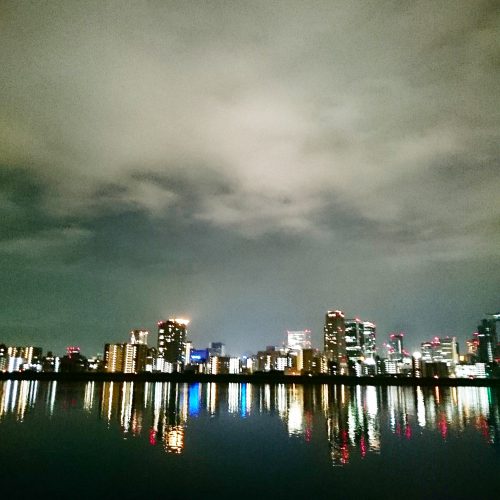